is a pocket-sized interchangeable lens

that, unlike the similarly small

, doesn’t rely on a point-and-shoot size sensor to achieve its amazingly small form factor. Instead, it’s got the same Micro Four Thirds sensor type and lens mount as you’ll find in cameras like our Editors’ Choice mirrorless

, so you’ll be able to blur the backgrounds of photos without software tricks when a wide-aperture lens is attached. It’s not without compromise—there’s no EVF, hot shoe, or external mic input. But if you’re willing to live without them, and you’re in want of a high-quality, compact camera, and interchangeable lenses are a must, the GM1 is a strong contender for your dollar.

Design and Features
At 2.2 by 3.9 by 1.2 inches (HWD) without a lens, the GM1 is the smallest mirrorless camera on the market. Adding the included

zoom increase the depth to about 2.6 inches, but you should still be able to slide it into many pockets. The 7.2-ounce shooter barely squeezes out the Pentax Q7 in size in order to capture the smallest mirrorless camera crown; the 6.4-ounce Q7 measures 2.3 by 4 by 1.3 inches. But the image sensor in the GM1 is more than five times the size (in terms of surface area) as the svelte Pentax. 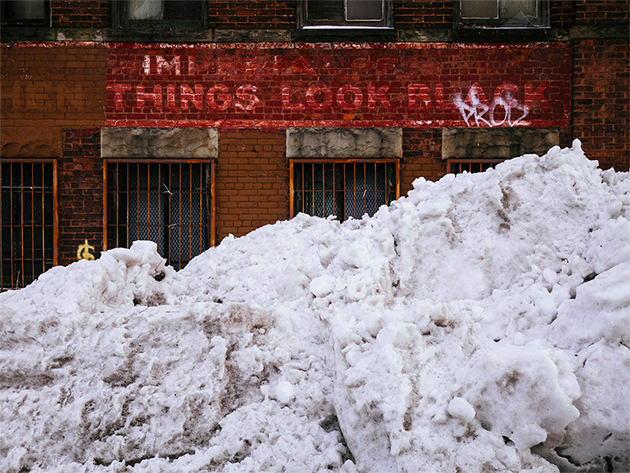 Squeezing that large of a sensor into a body as small as the GM1 is a feat, but it’s not one that comes without compromise. The mechanical shutter tops out at 1/500-second, which limits the ability to shoot at wide apertures on bright days, even at the lowest ISO 125 setting. But there’s an electronic shutter when required, and it supports a top speed of 1/16,000-second. When I was out and about shooting with the GM1 I left the shutter selection on automatic, and noticed no degradation in image quality when shooting at speeds that require use of the electronic shutter.

Another shutter related shortcoming is the minimum flash sync speed. The GM1 syncs at 1/50-second and slower; most mirrorless cameras can sync at 1/180-second, which better allows you to freeze motion when using the flash. There’s no hot shoe, so you can’t add an external flash (the Pentax Q7, despite its small size, does have one), and likewise there’s no add-on electronic viewfinder available. The internal flash is on a hinge, and it will fire when tilted back—this gives you a modest bounce flash capability, so you can add softer, indirect illumination to scenes.

You’ll find some physical controls on the top plate—including a toggle switch to change the focus mode, the programmable Fn1 button, and the standard shutter release, power switch, and mode dial—but the balance are squeezed onto the rear panel, to the right of the LCD display. There’s a record button for movies, and a control dial with directional buttons to adjust exposure compensation, white balance, the drive mode, and the autofocus mode. Standard playback and menu controls are also here. 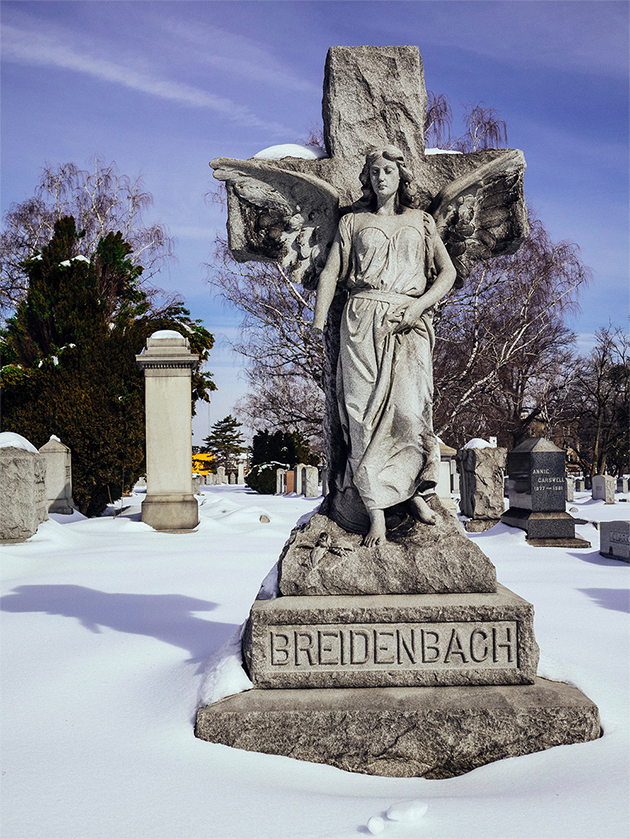 The controls are a little cramped, but work well for the most part. There is one finicky behavior that takes some getting used to. Pressing the exposure compensation button changes the rear dial behavior to adjust it, but you’ll need to press it again to revert to its normal control (aperture for Av mode, shutter for Tv mode, or the like). It’s more natural for me to press the Menu/Set button in the center of the wheel, but that takes you straight to the camera menu, rather than setting the EV adjustment.

The on-screen interface is also a little confusing when it comes to EV. You can dial in adjustments in third-stop increments from -5 to +5, but only the 0 and 5 values are shown; it would be a boon if the full-stop values were also labeled on-screen. There are some additional touch controls that are a little small for my fingers to activate. There’s a submenu that’s identified with a greater-than symbol; it includes touch controls for adjusting the focal length when a power zoom lens is attached, enabling or disabling the touch-shutter, engaging exposure lock on an area of the frame by touch, and toggling peaking as a manual focus aid. It’s a small icon, and it’s right on top of the Fn submenu; I frequently tapped the wrong option.

Aside from that, I was impressed with the touch capabilities of the display. It’s easy to tap a spot on which you’d like to focus, and the screen is responsive when dragging the focus area indicator across it. There’s also the Q.Menu, which is launched via the trash can button when the camera is set to shoot rather than play back images. It’s an on-screen, touch-based display that provides quick access to the color output, flash settings, video and image resolution settings, focus mode and area, the metering pattern, lens aperture, shutter speed, EV compensation, ISO, and white balance. In short, a one-stop shop for almost every setting you’d want to adjust before taking a photo; in addition to touch input, it can be navigated using the rear control dial and directional buttons.

At 3 inches diagonally, the 3:2 display dominates the rear of the GM1. It’s quite sharp thanks to a 1,036k-dot resolution, but it doesn’t tilt like the touch-screen on the

. A tilting display would obviously have added some bulk to the design, which is counterproductive when designing a tiny camera, but I did miss that capability when out and about taking photos. 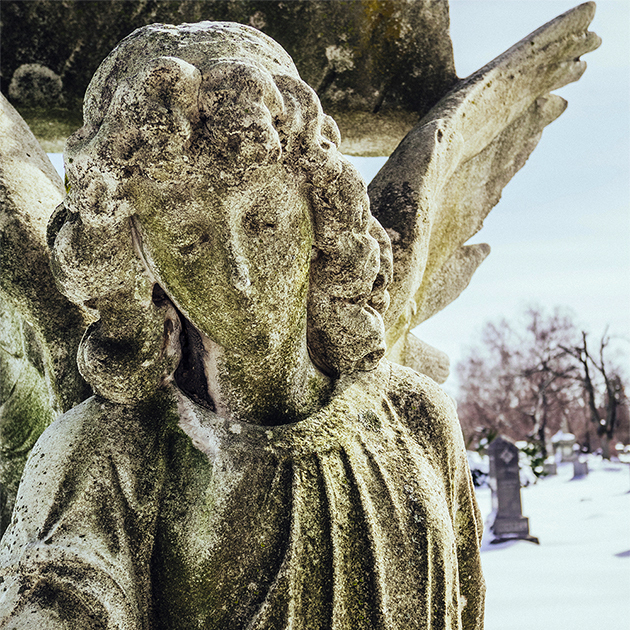 Wi-Fi, which is almost a standard feature at this point, is built-in. There’s no support for NFC—there’s no room for the chip in the GM1’s body—so you’ll have to login with a password when you first connect the GM1 to your iOS or Android device. You’ll be able to transfer photos to your device via the free Lumix Link app, and use your smart device as a wireless remote to choose a focus point and fire the GM1’s shutter—complete with a streaming Live View feed. The Wi-Fi works well, although it’s not as advanced as on some other cameras. The compact

can post images and videos directly to social networks or share them via email, without first having to transfer them to a phone.

Performance and Conclusions
The GM1 is impressively quick. It starts and shoots in just under a second, focuses and fires in just 0.1-second, and capture JPG images continuously at 5fps. Focus slows a bit in very dim light, but the GM1 still manages to lock on in 0.6-second in those conditions, and if you shoot in Raw or Raw+JPG mode the shot-to-shot rate dips to 4.3fps, and it can only keep that pace for 7 Raw+JPG or 8 Raw shots before slowing. The GM1 is a speed demon when compared with the small Pentax Q7; it requires 1.6 seconds to start and shoot, records a 0.3-second shutter lag in bright light—which dips to 1.1-second in dim light—and its continuous shooting rate is just 1.5fps. 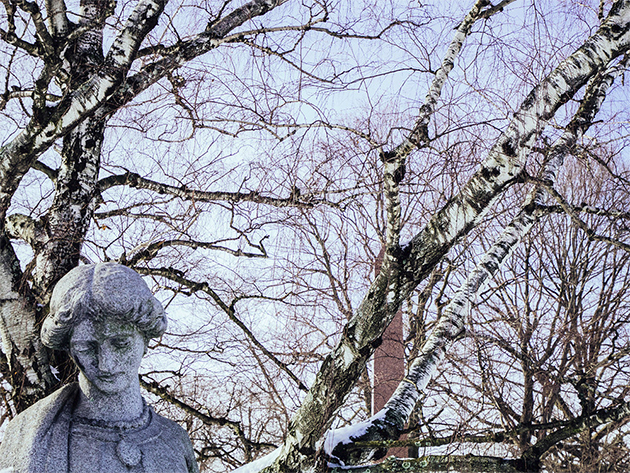 to check the performance of the included 12-32mm lens. At 12mm f/3.5 it scored 2,118 lines per picture height using a center-weighted test, better than the 1,800 lines we require to call a photo sharp. Most of the frame holds up, with only the outer edges showing some softness (1,357 lines). Narrowing the aperture does nothing to improve the performance; resolution actually drops off at f/8 due to diffraction. There is noticeable barrel distortion at 12mm, about 2.2 percent, which makes straight lines appear noticeably curved outward. This can be corrected in Lightroom or a similar application, but keep in mind that your frame will narrow slightly with correction due to the scope of the distortion.

Zooming to 18mm drops the distortion to 0.8 percent, which is barely worth worrying about. The maximum aperture is f/4.2 at this focal length, and the lens still shows good sharpness. It records 2,132 lines, and the very outer edges hold up well at 1,625 lines. Stopping down to f/5.6 bumps performance just a bit to 2,249 lines, with edges just shy of 1,700 lines. At the maximum 32mm f/5.6 focal length the lens shows about the same amount of barrel distortion (0.9 percent), and sharpness holds up; it scores 2,065 lines on the center-weighted test, with some falloff at the very edges of the frame (1,537 lines). Considering its size, the lens exceeded our expectations. The compact

power zoom for Micro Four Thirds cameras is slimmer and has a longer zoom range, but it’s not as sharp. 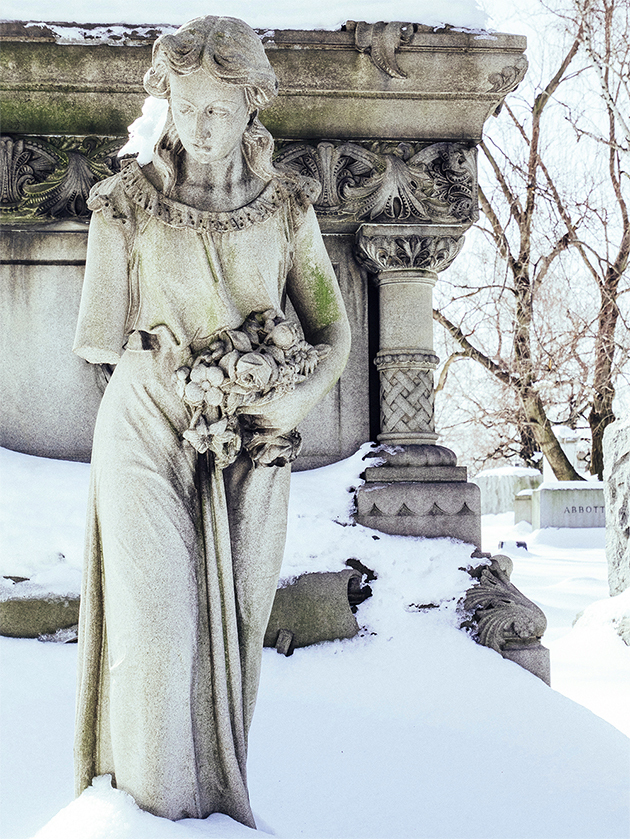 Imatest also checks photos for noise. The GM1 keeps noise under 1.5 percent through ISO 1600, and manages to keep noise to 1.6 percent at ISO 3200 when shooting JPG at default settings. Close examination of images using a calibrated

display shows that detail holds up well through ISO 1600, but it does start to degrade at ISO 3200. At the top setting of ISO 25600 images are mushy mess. If you opt to shoot Raw you can eke a bit more high ISO performance out of the camera; I was happy with the detailed, albeit grainy, images the GM1 capture at sensitivities as high as ISO 6400. It’s not the best low-light camera in this class; the

impressed us with its JPG output at settings as high as ISO 6400.

The GM1 records footage at up to 1080i60 or 720p60 quality in AVCHD format. The video is clear and crisp, with accurate colors, and the camera is quick to adjust focus to changes in the scene, but there are some audio issues. The internal mic picked up my voice without issue, but the sound of the lens adjusting focus is audible, as is the sound of my adjusting the zoom. There’s no support for an external microphone. There is a standard micro HDMI port, so reviewing footage on an HDTV is easy enough, and there’s a proprietary USB port to connect to a computer—but we recommend using an SD card reader if you have one available. An external battery charger is included; it’s almost as big as the camera itself, but a welcome sight. More and more cameras are shipping without one, requiring you to charge the battery in-camera, which can be a pain for shooters who opt to buy a second battery for extended shooting expeditions. 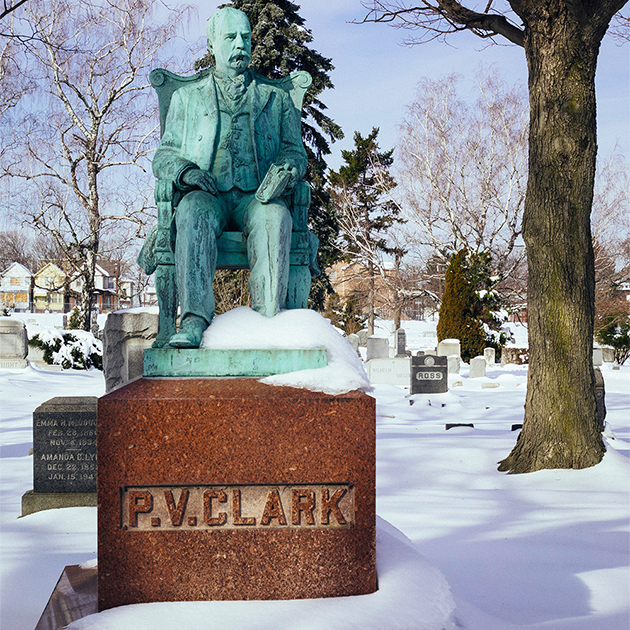 The Panasonic Lumix DMC-GM1’s headline feature is its size, and it’s not a gimmick. The small shooter produces images that are just as good as many larger Micro Four Thirds cameras, and it pairs well with the included compact zoom and pancake prime lenses like the

. Built-in Wi-Fi makes it a great choice for social sharing, and its size is a mark in its favor for shutterbugs in want of a compact, go-anywhere camera—but don’t want to give up the versatility that comes with a interchangeable lens design. It’s not perfect—a slow flash sync, lack of a hot shoe and EVF, and a sometimes-awkward control interface prevent it from going toe to toe with a more full-featured mirrorless camera like our Editors’ Choice Olympus OM-D E-M10. But if your happy trading some features for a pocket-friendly design, the GM1 is worth strong consideration, especially if you already own a more capable Micro Four Thirds camera with which it can share lenses.

The Panasonic Lumix DMC-GM1 is the smallest interchangeable lens digital camera you can buy. It’s not as full-featured as some other models, but you can’t argue with its size or performance.

This newsletter may contain advertising, deals, or affiliate links. Subscribing to a newsletter indicates your consent to our

. You may unsubscribe from the newsletters at any time.

Thanks for signing up!

Your subscription has been confirmed. Keep an eye on your inbox!